Tita Myrna is the mother of one of our brothers in the community, Nes Jeturian. While Nes is a chaptermate of Heidi Valencia and Carlo Cecilio (My co-photographers in Imagine Nation). When Heids first called me about the event, she told me that this was just going to be a honoring party, and so I said “Okay” since I wasn’t going to do anything on Friday.

I wasn’t very familiar with Phil Am Homes so I had to search it on the net and drive my way there. When I got to talk to Nes, he told me the directions to our first venue, the church, since there’ll be a Thanksgiving mass first. I decided to go early to look for the venue because I didn’t want to be late or be caught in traffic. When I followed the directions given to me, I saw that the church venue was at Sta. Rita de Cascia. (Trivia: Sta Rita de Cascia is my first church where I’ve shot my first wedding in Imagine Nation with Ivan and Raschel. Second was Ronald and Lou’s wedding). I probably arrived an hour earlier because of not so much traffic and just God’s blessing.

Nes and his sister, Candy, prepared a list of people who’ll be honoring Tita Myrna. And the whole time we were just laughing because of the things these people really loved about her and what they were sayiing about her. 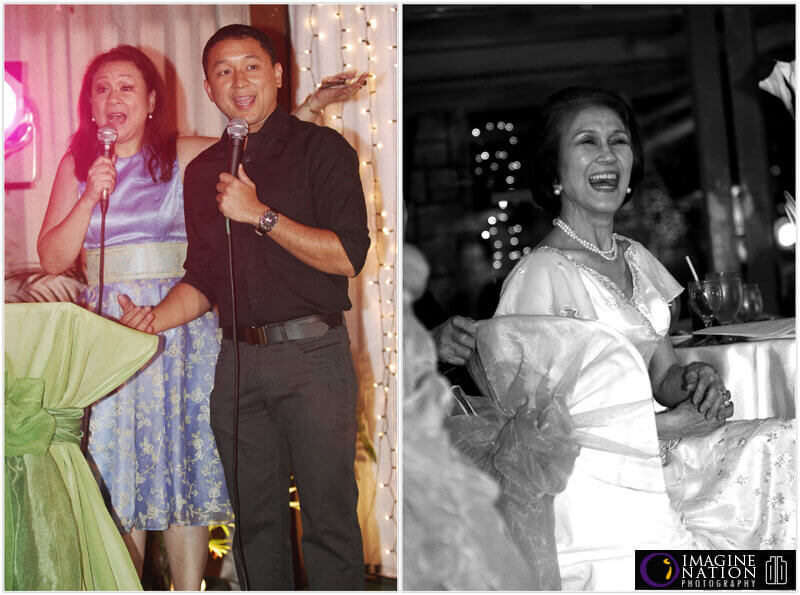 Her friends from the CFC community, and Mother Butler guild prepared song presentations for her after sharing all the good qualities they’d like to honor about Tita Myrna. 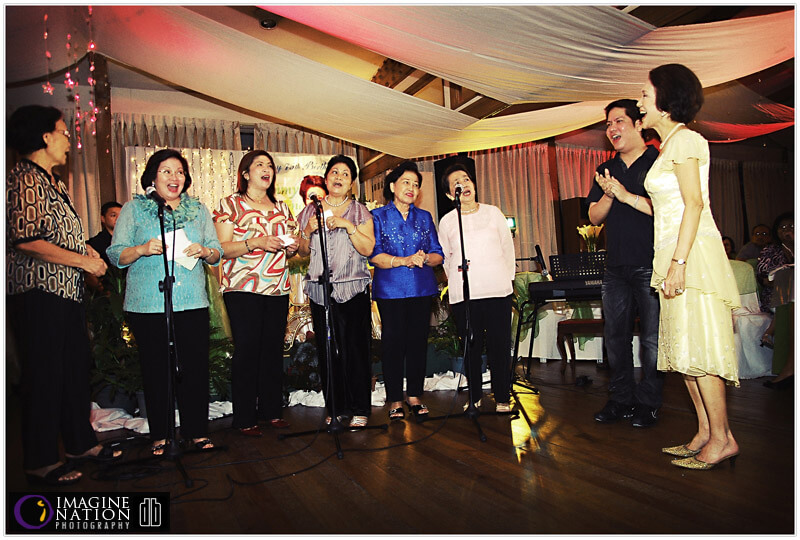 Candy, together with her loyal friends, sang a medley of exceptional songs that they always sing during the special events of the family. And I must say, these Trio really rocked the house. Their last song, a christmas kundiman song, really touched my heart and raised my teardrop alert to level 1. 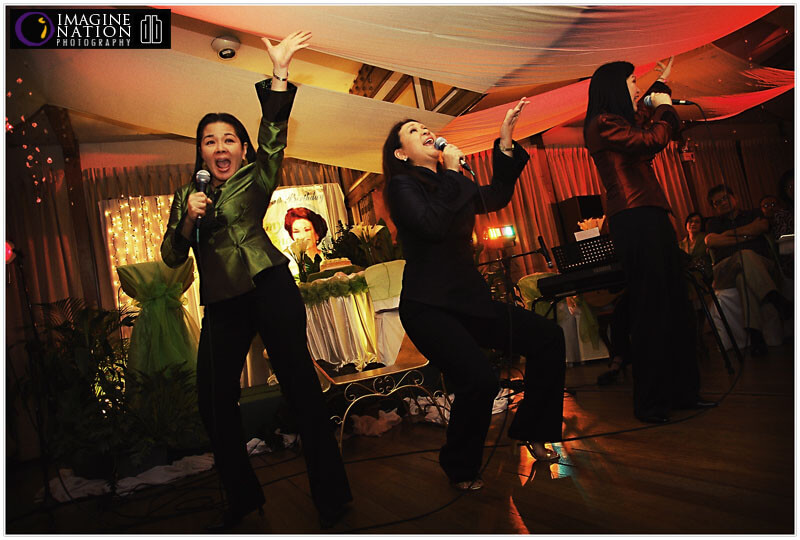 Another highlight of the event was the CFC community honoring Tita Myrna and singing a song for her. First the Tito’s were serenading her with their version of “You are the Sunshine of My Life” then the Tita’s came in dramatically singing “Ikaw lamang”. Man, they sang beautifully and I already felt the teardrop alert raised to level 3 instantly. 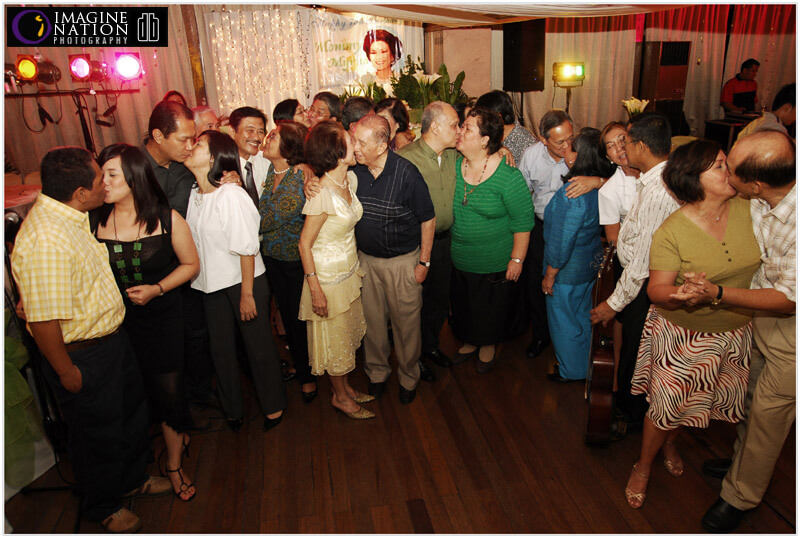 Another picture with a Wacky Happy People. 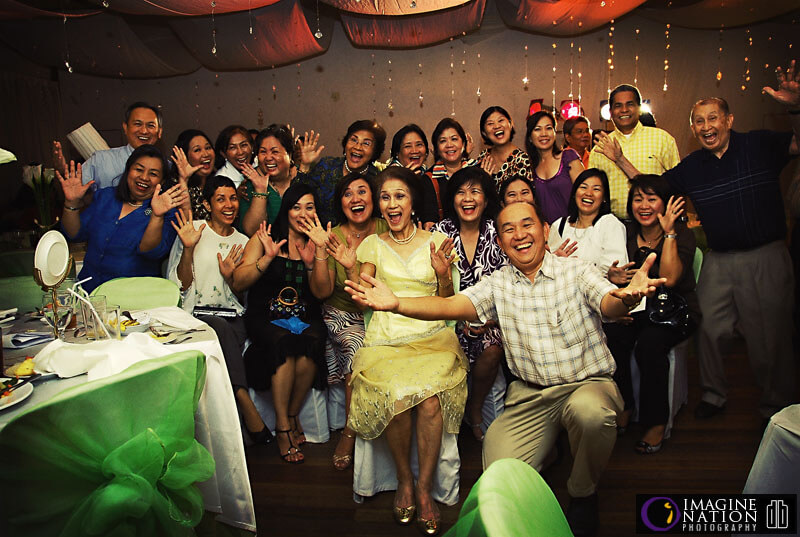 One of the special guests there was Tita Mila and Tito Joe Yamamoto, from the CFC council, who was also the spiritual heads of Tita Myrna and Tito Jet. They also gave an honoring speech for her and reminiscing of the good old times in their service. 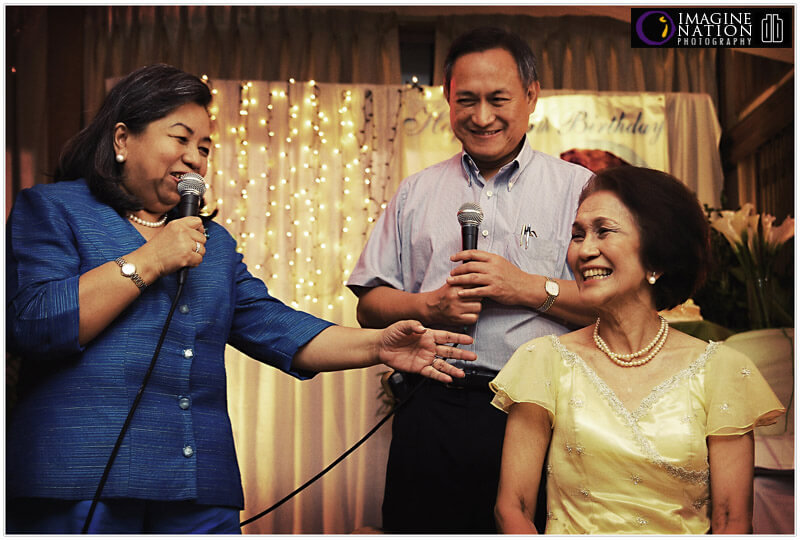 After that, Tito Joe Yamamoto lead the Praying Over for Tita Myrna and Tito Jet. 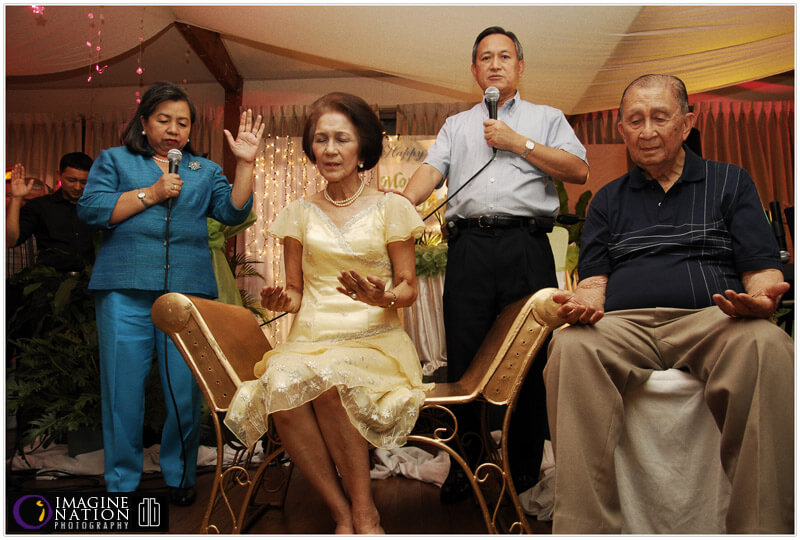 Everyone in the room joined in praying over the couple and while shooting the scene, I just joined in praising God for the good life He has given us and the blessing of just being there and witnessing the atmosphere of love in the room. 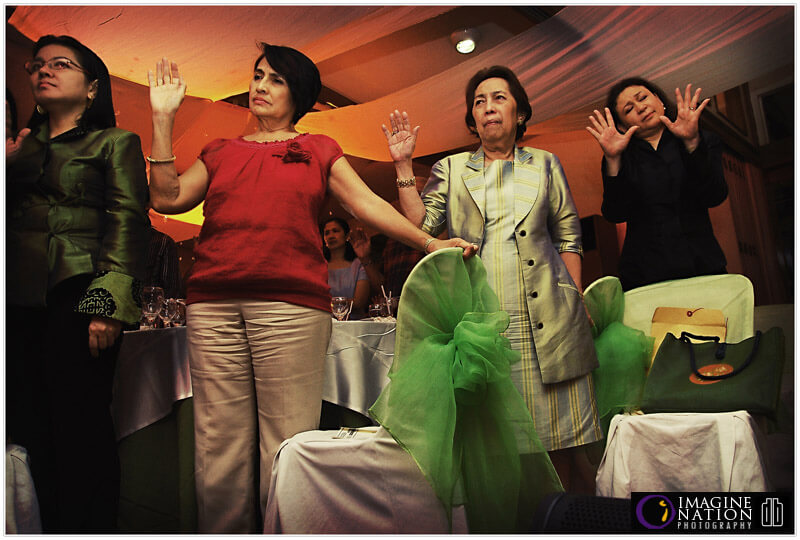 After the Praying Over, the dance instructors led the way and opened the floor for a night of fun. Just played around with the shutter and flash here. =P 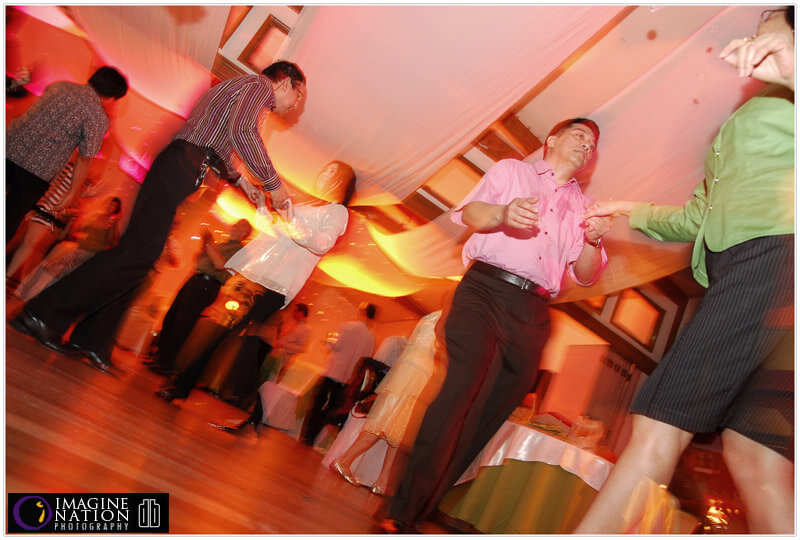 Tita Myrna sure is a fun fun lady. Here is Heids doing her thing with Tita Myrna and Candy. 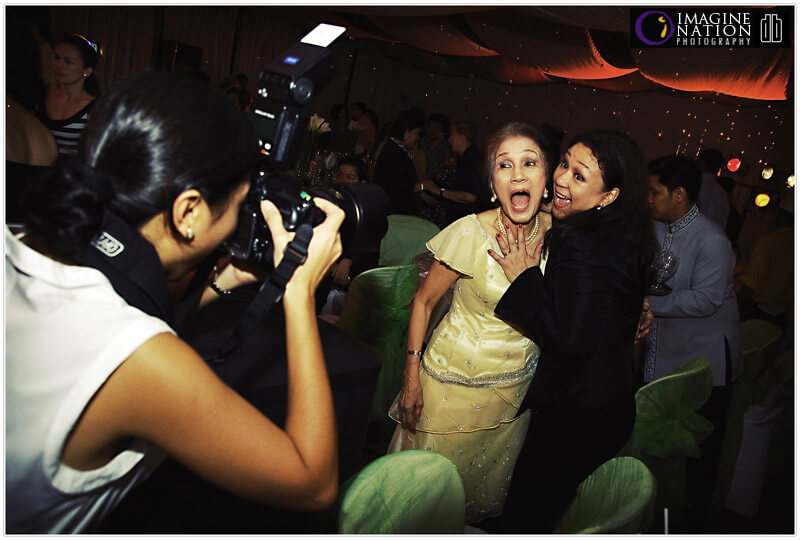 It was a real blessing just to be there that time and hearing all the positive qualities and encouragements for Tita Myrna. The love and concern of the people around her, the community, friends, church and of course her family. 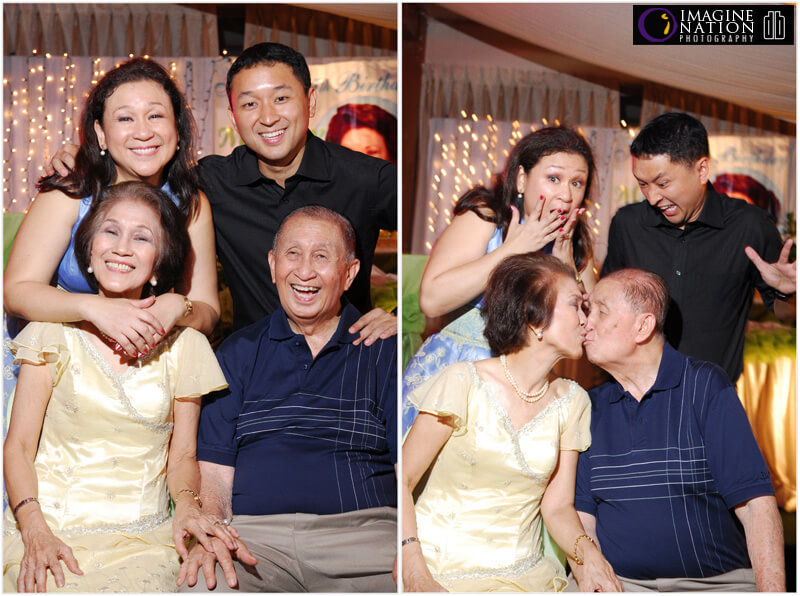 To Tita Myrna, Tito Jet, Candy and Nes. May you always stay happy, healthy and blessed by God with so much love.