How many of us, have given up, our hopes and dreams because the world says it is IMPOSSIBLE?

Mckaila, a six year old girl, prayed to God and wrote in a paper that her only wish for her birthday was to meet Yaya Dub (Maine Mendoza) but crumpled it immediately because she knew it was impossible because she’s already a famous celebrity. Her mom saw this piece of crumbled paper and took a photo of it and sent it to CBCP in hopes of helping her move mountains to make this dream possible for her little girl. Mommy Elaine said (paraphrased) “I would do anything for my little girl…”.

So when the organizers of the Catholic Social Media Summit received the letter from the mother of Mckaila, Mommy Elaine. They also prayed for this to be possible. Fortunately, Lola Nidora, Yaya Dub and TAPE Inc. all agreed. And they made this one little girl very happy…. and Mommy Elaine cry tears of joy.

Background Story: Mckaila and her mom were invited to join the CSMS in hopes of meeting Maine and Wally.

1st scene: (not on photo) Mckaila was brought inside the room to see Lola Nidora but Yaya Dub was not present. They told Mckaila that she wasn’t available.

2nd scene:(not on photo) Yaya Dub comes in singing Happy Birthday hiding behind the balloons… Mckaila was focused on her cake..

3rd scene: Yaya Dub takes a peek and Mckaila peeks as well to see who is on the other side of the balloon. (start of the photo)

4th scene: Mckaila was all smiles while trying to reach for Yaya Dub as if to check if she’s real. Yaya Dub (smiling) does the pabebe wave.

5th scene: That great BIG HUG… and we’re all a bit misty eyed.. 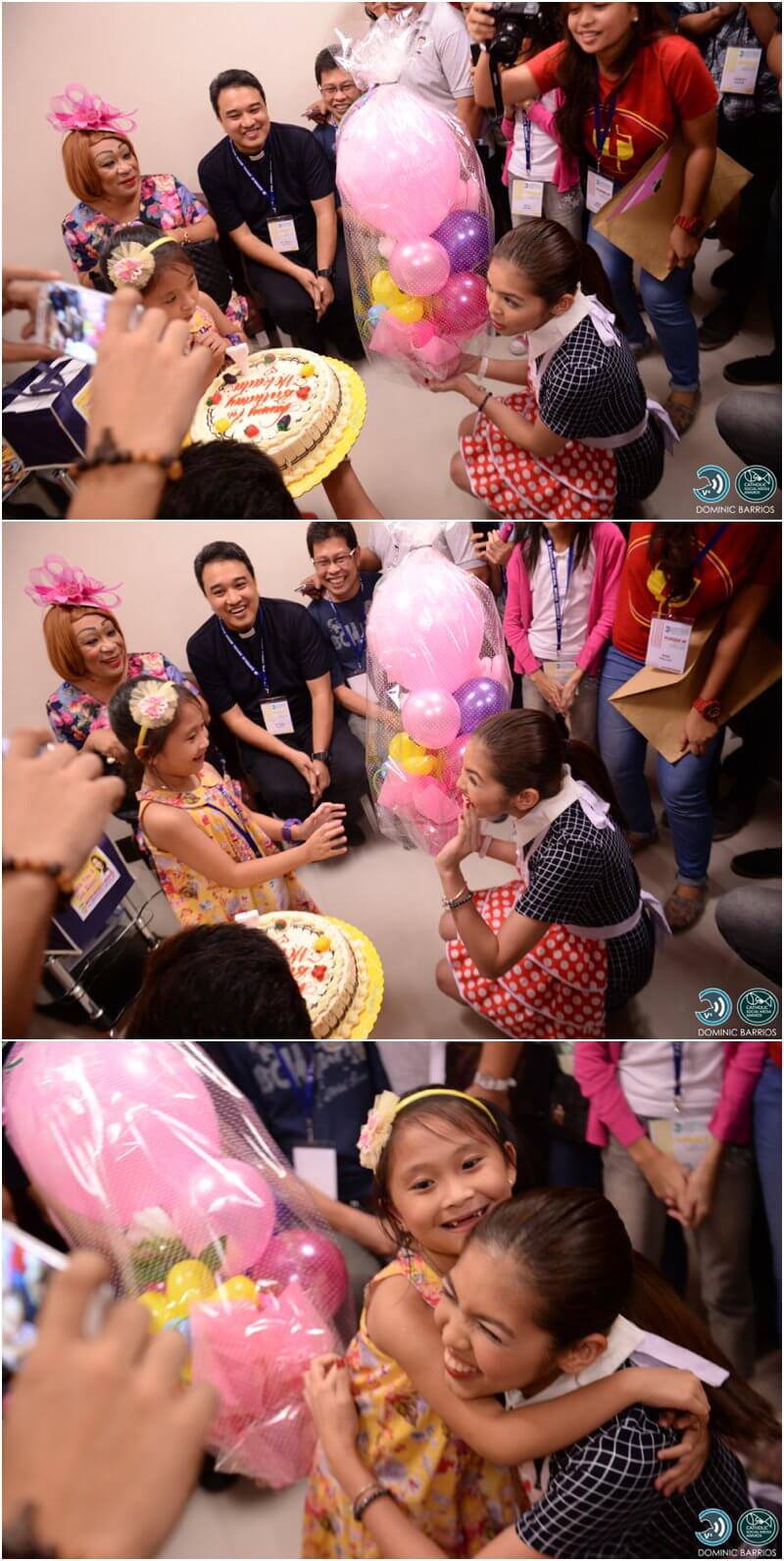 Going back to my question: How many of us, have given up, our hopes and dreams because the world says it is IMPOSSIBLE?

I did. And when I was sorting all these photos from last weekend. I was just struck with the 2nd photo (4th scene)…

I was reminded of a certain scene from the Bible where Jesus showed himself to Thomas. At first, Thomas couldn’t believe it. He doubted.

But when Jesus revealed Himself to Thomas. This would have been the same reaction I would have imagined Thomas did back then. He might have had a temporary disbelief. He would take a peek. He would reach for Jesus, touch all his wounds and lastly, embrace Him.

The joy of knowing and seeing your dreams is now right in front of you, it would have been very “overwhelming”. It must be so overwhelming that even the people around you could feel the joy that is in you and experience it.

So this must be it. When Pope Francis told the youth “Don’t lose the ability to Dream”. Why? Because our dreams are God’s tools to show and unfold his plan for us. 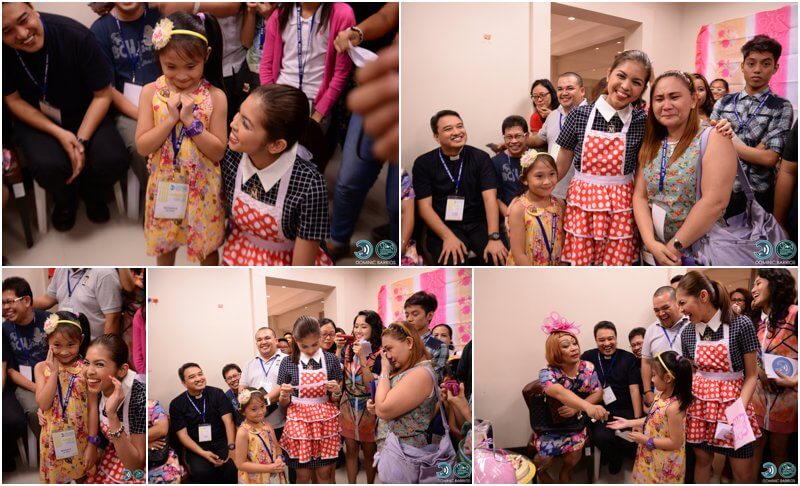 Bonus: Here’s the link to the video of what happened.

Singles For Christ – “I Stand” Conference