It was an early morning call time and we had to go to Los Banos from Sta Mesa. I was very excited to shoot because its out of town. Gracielle, my co-photographer, was the one who took Ian & Aizel’s prenup and she told me that these couple were really game and up for pictorials. When we arrived and started shooting them, I asked the couple if they underwent some modelling school cause they really knew how to pose and smile. Ian let out a secret that it was one of Aizel’s frustrations. Ooops.. FYI, Ian is a chef while Aizel is a doctor. 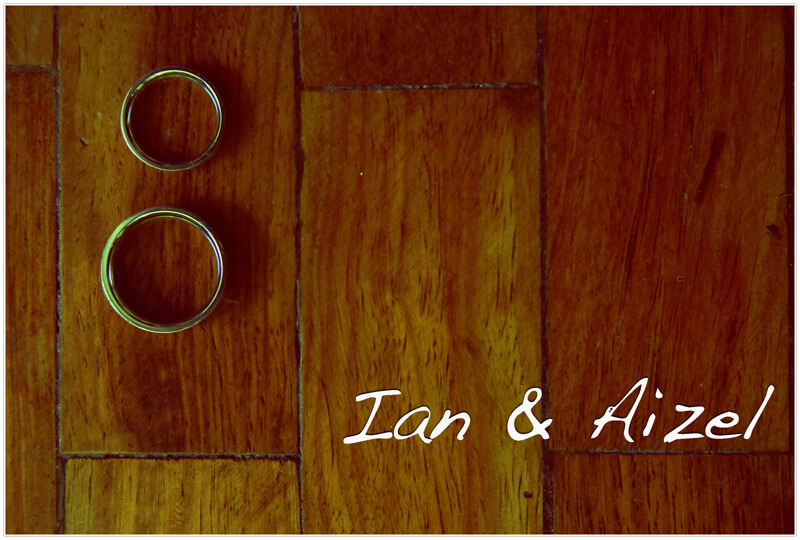 Arrived early at the hotel preps so we stayed at the lobby. You can’t imagine how hot the weather was at LB. (R-L) Toto, Noel, Tomas, Gracielle, Jiggs, Kim, Ipe 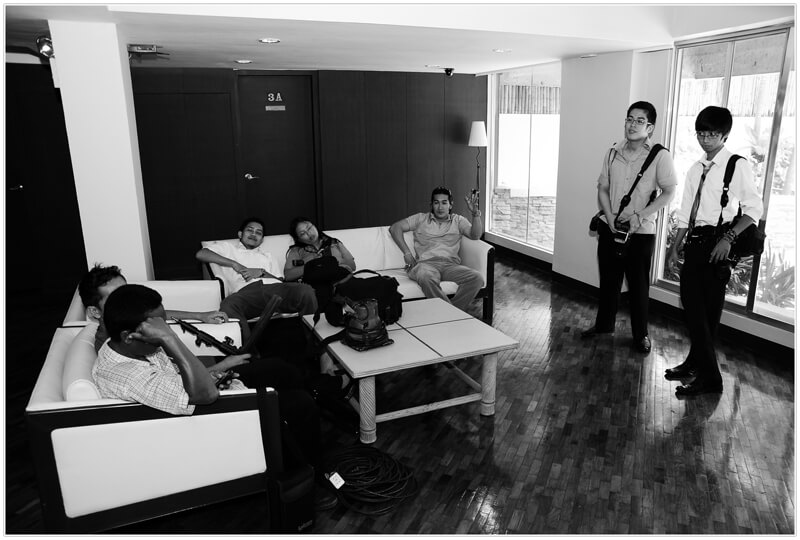 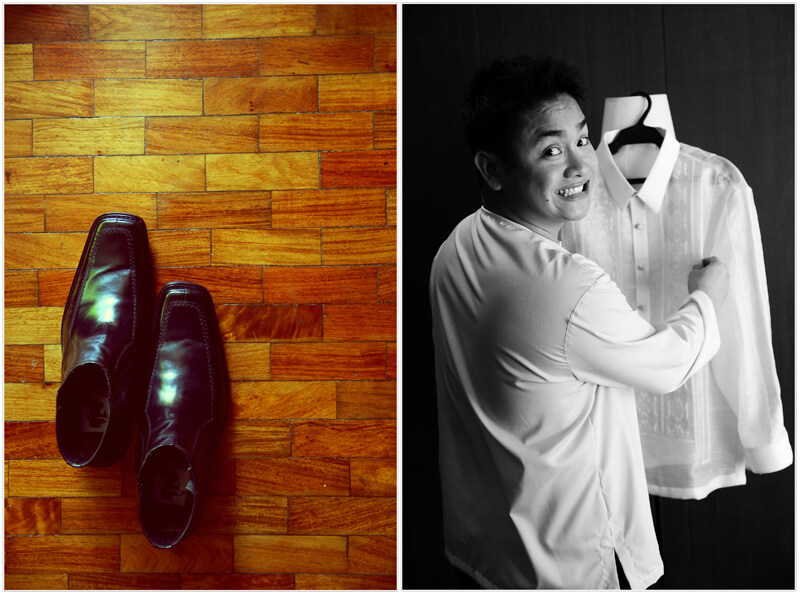 At the veranda, we found ourselves textured backgrounds and it was sweet. Bamboos and red walls. 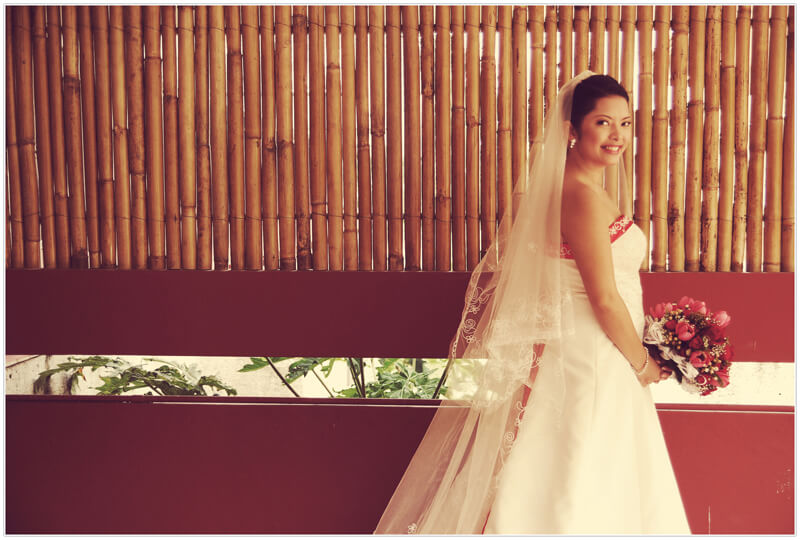 Aizel did really great job during that day. Imagine a scorching hot weather and she can keep that smile all the way. 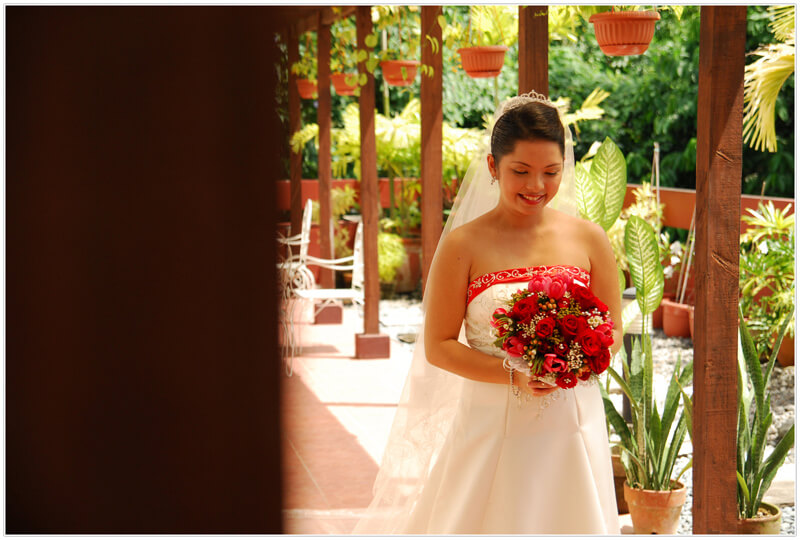 Patterns, lines and the stairs. wooot.. 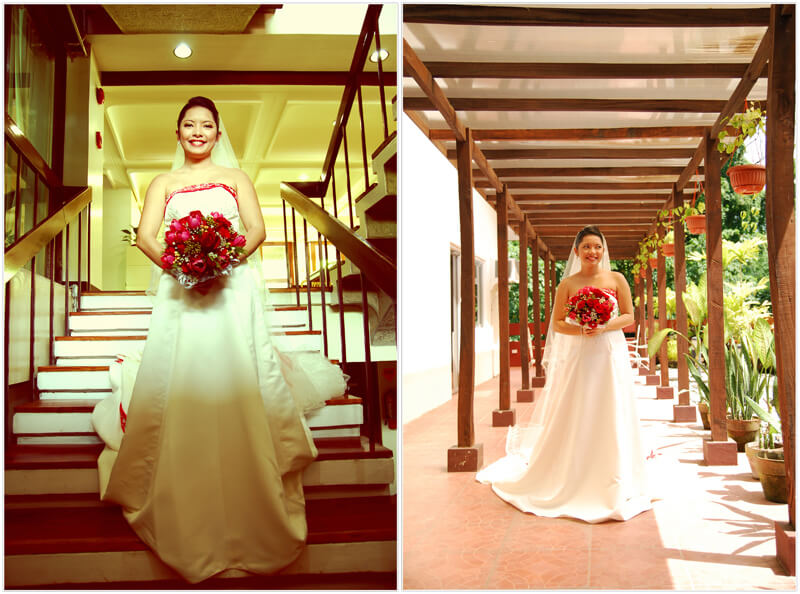 Thank God for these kind of moments… 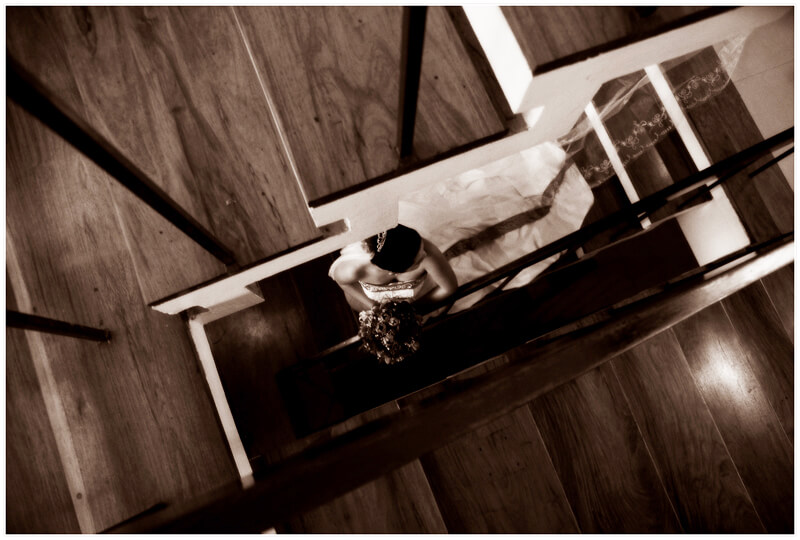 (L) Waiting for the door to open (R) Ian, with a big smile on his face while putting on the ring. 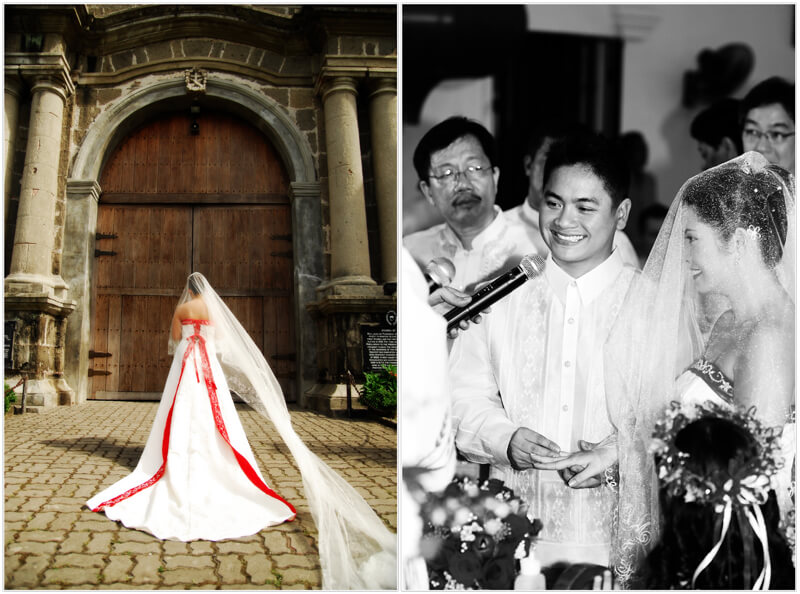 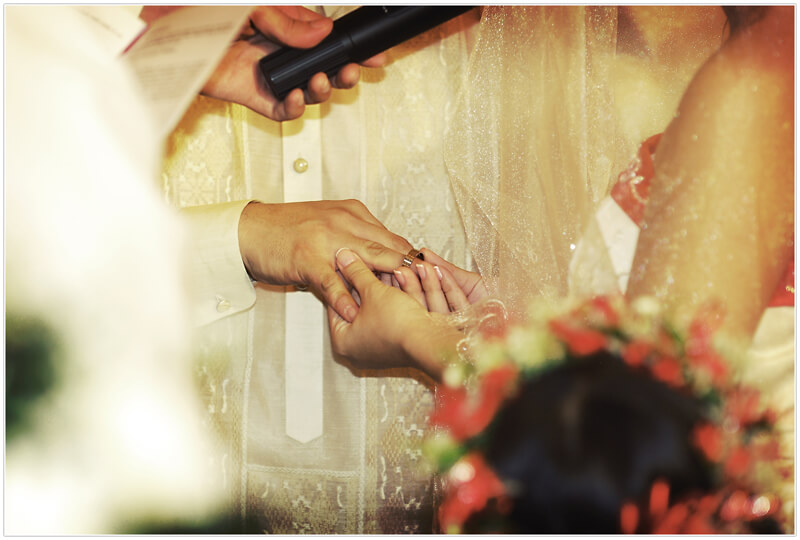 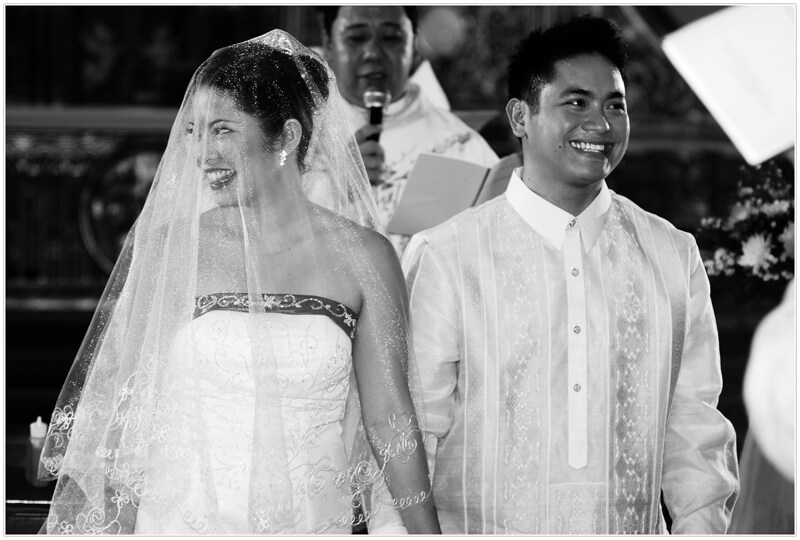 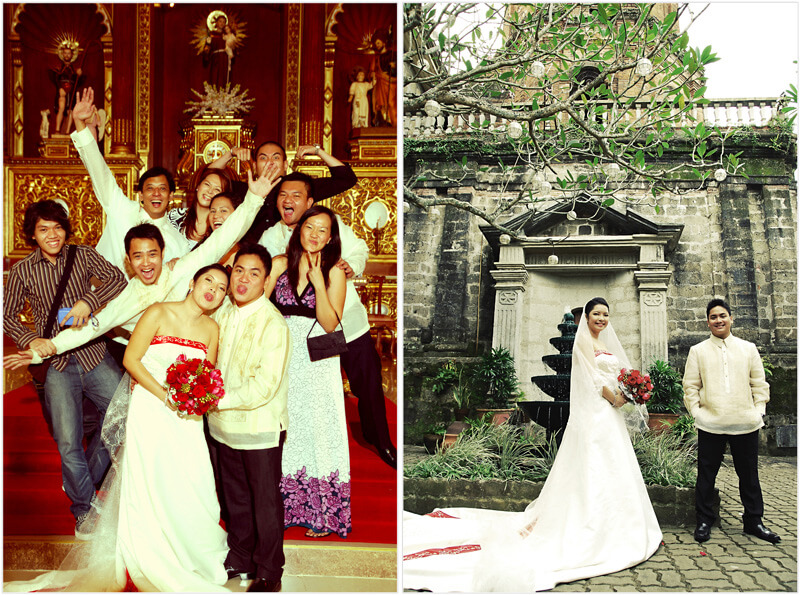 We were trying to make the doves kiss but Aizel was really forcing them to do it so we had to make her relax. Thus the big laugh. 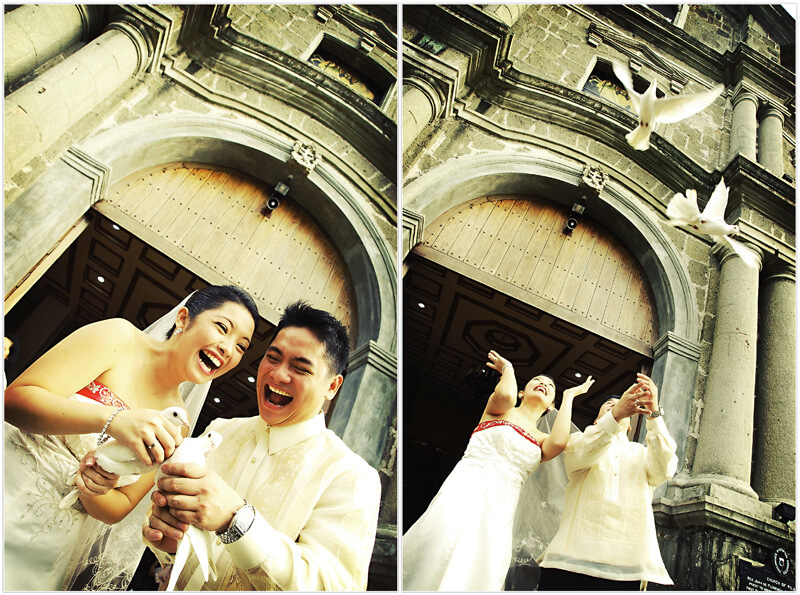 I just love their church venue because you’d never run out of background for Ian and Aizel. 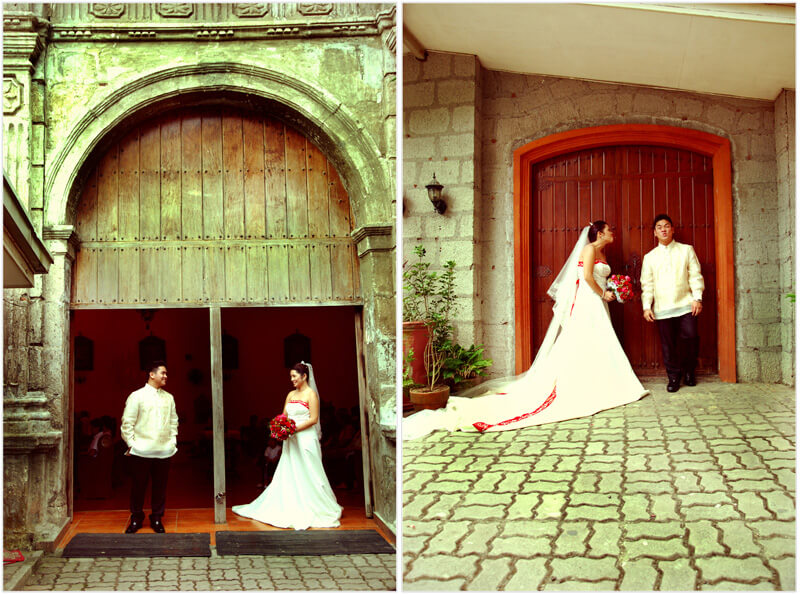 You can see how relaxed both Ian and Aizel were when we were already doing the pictorials. The sun was down and we arrived at the reception venue to shoot some more. 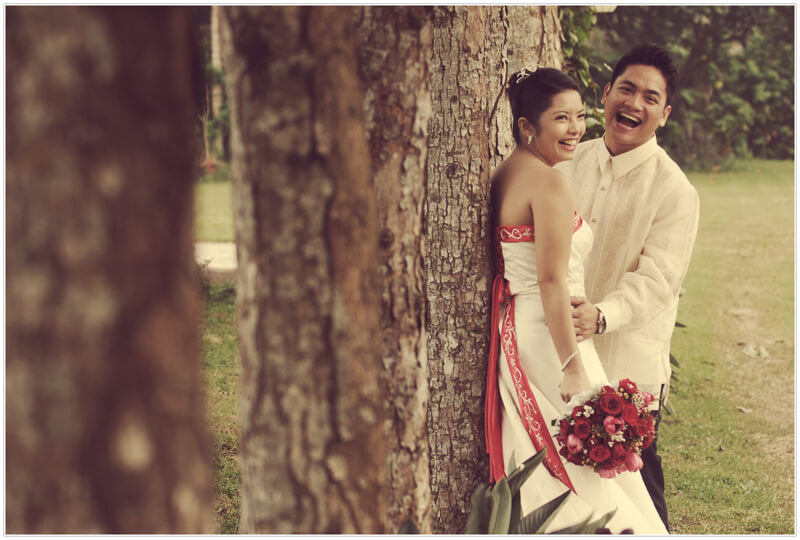 It’d be fun going back and shooting again at Los Banos next time around as I really enjoyed looking for great spots. As for Ian & Aizel, I hope you guys enjoyed our shoot as much as we enjoyed shooting you.

God Bless you guys and Hope to see you again one day.